by annainem in News & newsletter

In our hyper connected world, where you always have access to all kinds of information, it is surprising to know that there are areas where communication is still difficult, and this is not due to broadband.

It happens predominantly in public administration and the third sector. Projects that succeed in achieving excellent results, sometimes even beyond expectations, are only known to those involved. Therefore, the knowledge, skills, and experience they have generated remain the heritage of the few, and the potential for innovation they possess is not unleashed. For example, in the field of support to migrants, the many actions that are carried out daily, in the framework of funded projects as well as in the field of pure volunteering, do not manage to make system or network, self-confirming to remain episodes that are unrelated to each other.

INEM, International Network for Migrants, was created with the ambition to counterbalance this trend and to contribute to the dissemination of good news in the field of support for migrants in Europe. Funded by the Italian Ministry of Interior within the FAMI – Fund for Asylum, Migration, and Integration – INEM brings together Italy, Greece, and Germany, three countries that are at the forefront in the management of the European migration crisis. Then under the leadership of a small but very active Italian public administration, the Municipality of Campobasso.

As a result, the INEM project was officially launched during the first international project meeting, which took place in Campobasso on 13, 14, and 15 March. Researchers and experts from the three partner countries met to define the executive project discussing some particularly important issues with a group of operators and local migrants, and during the official meeting, which was held at the Council Hall of the Municipality of Campobasso, inem was presented to the press and representatives of the political world, and educational and social health service, and as it is possible to see in the picture there was also Antonio Battista, the Mayor of Campobasso. 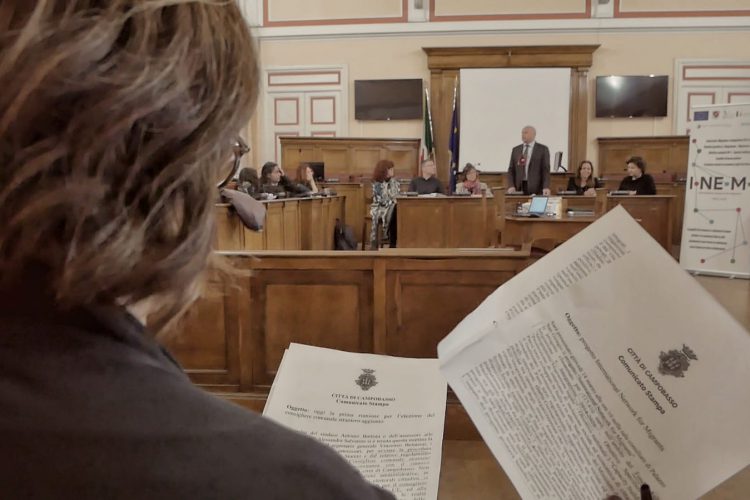 For one and a half years, INEM will, therefore, seek good practice in supporting the integration of migrants across Europe, with a particular focus on educational and employment promotion projects. The practices identified will be analyzed and then evaluated according to their potential for transferability to contexts other than those for which they were designed, to give priority to those that are more easily duplicated elsewhere.

A multilingual raisonné catalog will be put online and disseminated to all potential stakeholders, through the network of contacts of each partner. The next phase will be that of experimentation: each partner will choose two foreign practices whose results have been particularly positive and will replicate them in its territory of reference. The monitoring of the experimentation will allow us to collect data useful for the improvement of the experimented actions and their codification.

The results of INEM will be summarized in the final Guidelines, which will serve as an operational manual for those who, public or private organizations and even individual operators, want to adopt the cataloged practices. In the meantime, the INEM web platform will serve as an open and expandable repository of projects carried out or in progress in Italy, Greece, Germany, and, we hope, also in other European countries.

We are ready for this new adventure: do you want to come with us? 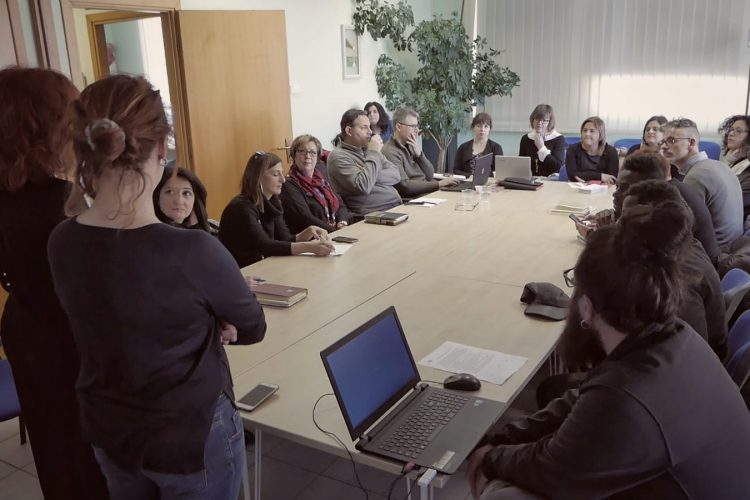 Talking about the revolution – meeting with local migrant support services at ARES.

Stay tuned: the best is yet to come!
More info at: p.pietrangelo@ares.cb.it